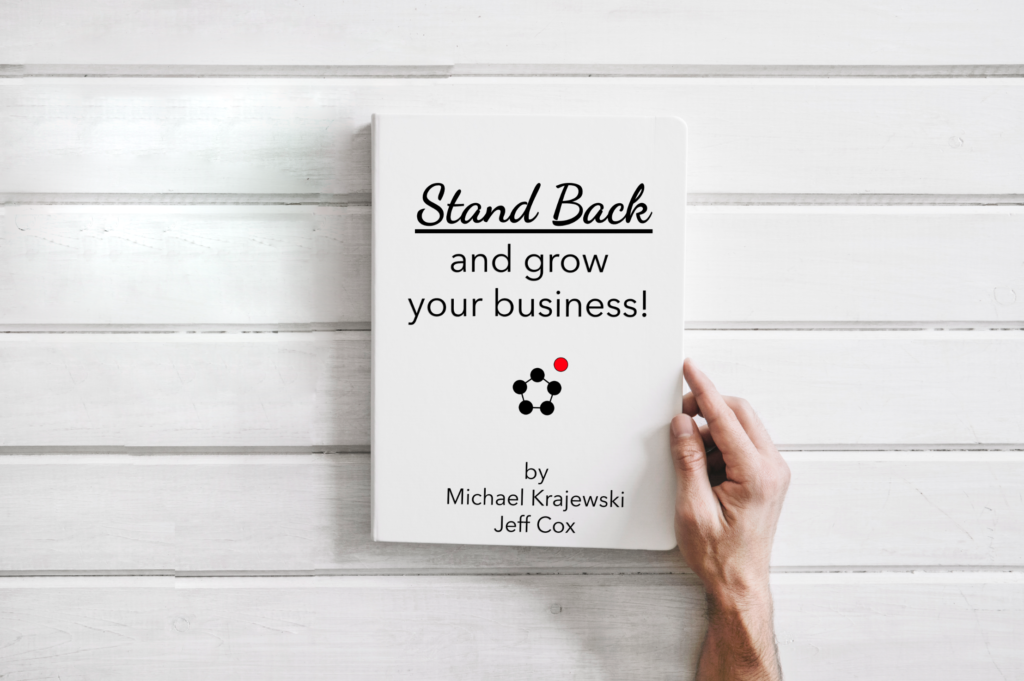 Be the first one to read Stand Back book by Michael Krajewski & Jeff Cox!

Michael and Jeff are currently working on Stand Back book, where you will find the answers on how to grow your business by mastering the art of standing back from your business. Be the first one to read the book when published – simply sign up below and we will send you book updates and a complimentary copy right before the book premiere!

Here is the beginning:

Who Has The Time To Buy Rope?

Bob Bingham glanced at his calendar and saw that the appointed day of his own funeral would occur in less than 72 hours, but realized he had not as yet bought the rope with which he intended to hang himself.
“Oh nuts,” he said.
He jumped up from behind his desk and went to his office window. Parting the blinds, he peered outside. The sky was dark. The hour was late. And he had no rope.
He had already paid for his funeral in advance and made all the arrangements. So, in Bob’s mind, there was no turning back. He had to go through with it. In any case, he reasoned, he was gone already. His business was killing him. Yes, he was still breathing, but he had no life – except for the business, which was his life. And he hated it.
…

Sign up below to receive first three chapters from Stand Back book. We will also send you a complimentary copy right before the book premiere!